Named in honor or our nation’s 16th President, the historic Lincoln Highway remains an active auto corridor today.  Since 1913, the Lincoln Highway (Lincolnway) has stretched across northern Indiana and has linked the people of Indiana to New York and San Francisco. 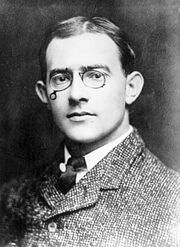 Brief History
The Lincoln Highway was the first named automobile road that crossed the United States of America from coast to coast. Conceived and promoted by Indianapolis, Indiana entrepreneur Carl G. Fisher, the Lincoln Highway spanned from  Times Square in New York City to Lincoln Park in San Francisco.  Originally the route ran through 13 states: New York, New Jersey, Pennsylvania, Ohio, Indiana, Illinois, Iowa, Nebraska, Colorado, Wyoming, Utah, Nevada, and California. In 1915, the “Colorado Loop” was removed, and in 1928, a re-alignment relocated the Lincoln Highway through the northern tip of West Virginia. Thus, there are a total of 14 states, 128 counties, and over 700 cities, towns and villages through which the highway passed at some time in its history. The first officially recorded length of the entire Lincoln Highway in 1913 was 3,389 miles.  Over the years, the road was improved and numerous realignments were made, and by 1924 the highway had been shortened to 3,142 miles.  Counting the original route and all of the subsequent realignments, there is a grand total of 5,869 miles of Lincoln Highway known today. Conceived in 1912 and formally first dedicated October 31, 1913, the Lincoln Highway was America’s first national memorial to martyred President Abraham Lincoln.  This living memorial predated the 1922 dedication of the Lincoln Memorial in Washington, D.C.  As the first automobile road across America, the Lincoln Highway proved to stimulate a huge economic impact to hundreds of businesses in towns, cities, and simple cross roads all along the way. The Lincoln Highway became known as “The Main Street Across America and many cities renamed their main streets “Lincolnway”. Inspired by bicyclists and the Good Roads Movement the success of the Lincoln Highway and the resulting economic boost to the governments, businesses and citizens along its route inspired the creation of many other named long-distance roads (known then as National Auto Trails), such as the Yellowstone Trail, National Old Trails Road, Dixie Highway (also conceived by Carl Fisher of Indianapolis), Jefferson Highway, Bankhead Highway, Jackson Highway, Meridian Highway and Victory Highway. Many of these named highways were supplanted by the national highway numbering system in 1926. A large portion of the Lincoln Highway became US Route 30.  In Indiana the original Lincoln Highway alignment became US30 (through Fort Wayne), US 33, US 20, and Indiana 2 until it realigned with US 30 in Valparaiso. The 1926 Indiana alignment became US 30 from the Ohio-Indiana line to the Illinois state line.

That old Lincoln Highway still exists, and for many it holds an allure in much the same way that it did in its heyday during the 1920s and 1930s.  Along the way tourists discover towns such as New Haven, Churubusco, Goshen, New Carlisle, Rolling Prairie, Deep River, Valparaiso or Plymouth.  Each mile of the road and each town along its path has a unique story to tell and a unique culture to experience.  Travelers find that a drive along the Lincoln is more interesting than that found on modern interstates or busier four lane highways.  We encourage you to stop along the way, meet the people, enjoy the food, and admire the architecture and scenery.